I’ve mentioned before that I am not artistic by nature.  Okay, singing and acting, sure, but not the visual arts.  However, being an online dungeon master (hey, that’s the name of the blog!) has forced me into the visual arts on a small scale, and I have to admit that I’m having a lot of fun with it.  Gametable comes with a lot of pre-made artwork to use – dungeon walls, trees, character and monster minis, etc. – which helps a lot.  But if I want my game to look right, I have to do some artwork.

Sometimes this involves drawing large, freehand features like rivers, roads and mountains.  These don’t need to be too detailed, so a rough outline of what they should look like is all I really need.  Witness the maps from my first online session:

However, we’ll soon be getting into the Keep on the Shadowfell itself, which deserves higher-quality artwork, in my humble opinion.  Having the dungeon walls pre-made helps.  I was able to add some simple features like doors.  I shared in an earlier post (and on my downloads page) some basic game elements like tables, prison bars and stairs.  For the next part of the dungeon, though, I needed some artwork.  Specifically, I needed a rune that appears several times on the floor of one section of the dungeon.  The runes are background elements, but they’re important.  I really wanted to get them right.  There’s an illustration in the adventure manual of what they should look like, roughly, but not the type of illustration that I could cut and paste to use in the game.  No, this time I had to actually draw the runes in Photoshop:

Okay, I know I’m not a pro, but come on – that’s a badass-looking rune!  And I really did have to draw it more or less freehand.  I first drew the top triangle-thingy, then copied and rotated it so that I had three of them, then drew the other symbols in part using the line tools in Photoshop and in part just freehanding it. I learned a lesson about combining layers in Photoshop, too.  By default, every time you draw a new shape, Photoshop Elements puts it on a whole new layer.  This is convenient much of the time, when you want to enlarge or rotate just one piece of the drawing (you don’t have to worry about selecting it perfectly – it’s on its own layer).  It got annoying, though, when I wanted to shift and resize the hand that I drew and I found that each finger was on its own layer, as was the palm.  Eventually I just merged all of the visible layers and selected the hand independently, which worked just fine.  And now I have a rune!

I also have some new environmental elements, most of which started with photos online that I resized or modified in some way.

This shelf, for instance, started from a schematic of a bookshelf that I found online.  It’s surprisingly hard to find overhead views of lots of the items I’m looking for in the game, so the schematic below was where I started: 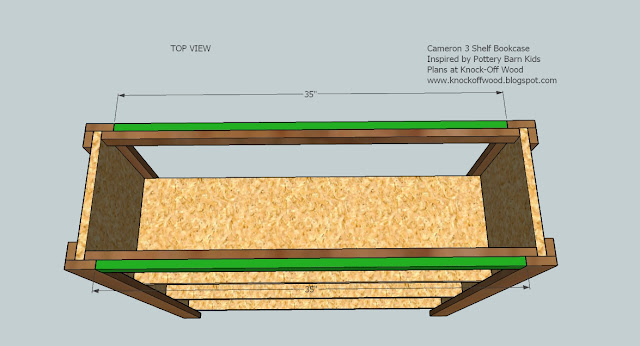 From there, I used the eyedropper in Photoshop to pick up some of the brown color, then used the line tools to make the top solid, then got a little creative with making the 35″ measurement on the front of the middle shelf disappear.  Sure, my dungeon shelf has particle board, but that’s okay!

I also needed some suits of armor.  There are tons of great pictures of suits of armor online, but again, it’s hard to find one from overhead.  Fortunately, I was able to experiment with the tools in Photoshop to distort the image of a straight-on picture of armor so that it more or less looks like it’s coming from overhead.  I started with the picture on the left and ultimately turned it into the image on the right.  It’s not great, but it’s better than nothing (and it looks fine at its usual 64 by 64 pixel size).

Finally, I created a few other miscellaneous minis that I’ve shown below without full write-ups.  These are things I’ve created from images I found online.  From left to right, my improved fire pit, a coffin, a tent, a blue slime (I love Dragon Warrior!), an ochre jelly and two kruthiks (yeah, I had no idea what I kruthik was, either).  Also, an awesome giant rat.

I’m pretty happy with myself, I have to say!  I hope we get to play this dungeon soon.  Lane, Zach and Barbara have said that they want to play sooner rather than later, even if we can’t get our full group of five players together.  We may run some more side quests – perhaps even some that I’ll try to build myself – or we may delve into the main keep and pick up other players for future adventures.  Frankly, I’m getting a little too excited about what I’ve created in the keep NOT to run it!  But we’ll see how things play out.  Barbara and I will be traveling next week, and we realized that there’s nothing keeping us from playing our online game while we’re on the road.  We’ll have the laptop, and that’s all we really need.  Plus, we’ll be in Boston, so we’ll be in the same time zone as our friends in Florida (as opposed to Mountain Time here in Colorado), so that might even be easier.  Our next session will likely be played from our hotel room!