Exciting news for anyone who’s been following my development as a board/card game designer over the past six months: My first game, Chaos & Alchemy, is going to be published by Game Salute! 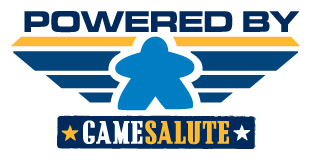 Frankly, there’s not much more to announce right now. Game Salute will begin their process of fine-tuning the game, ordering art and setting up for a Kickstarter campaign over the coming months, depending on where Chaos & Alchemy falls in the queue (they’re a quickly-growing publisher with lots of games in the pipeline). At some point the Kickstarter campaign will launch, which I’ll be sure to tell you all about right here!

As for me, I’ll be continuing to help in getting Chaos & Alchemy polished for its ultimate print run, but I’m also working on some other ideas. I’ve talked about Gods & Champions, which I don’t plan to do much more with right now, but I also have an idea for a worker placement game that has me excited at the moment.

Anyway, I’m thrilled to have an actual publisher lined up for my game. Huzzah!

4 thoughts on “Chaos & Alchemy has a publisher!”