As my regular readers know, I’m pretty new as a dungeon master.  I only started playing Dungeons & Dragons in early 2010 and my first attempt at DMing was about six months ago.  I regularly make notes in my blog about the lessons I learn from other DMs that I play under. 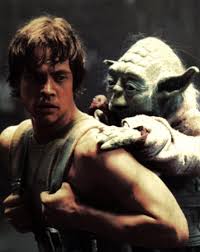 It was, therefore, a little surprising when I was asked for MY advice from another DM.  This past Saturday I played a Living Forgotten Realms game at my friendly local game store, Enchanted Grounds.  It was a game for level 1-4 characters and I had planned to play a new cleric I had put together using Heroes of the Fallen Lands.  There were already two other healers at the table, though, so I instead played my trusty half-elf paladin, Rhogar, in his last 1-4 adventure (at the end of this session he had reached level 5).

The DM for this adventure was Andy, who had played in the first game I had run with my new projector setup about a month ago (I believe you can see Andy’s elbow on the left side of the picture on that post).  Andy is the one person I’ve met who has told me that he reads my blog, which was a very cool moment for me (Hi Andy!).

The adventure itself was a lot of fun.  Our party got off a ship in a genasi city and was beckoned by an elderly dragonborn to come over and talk to him and his elven companion.  The elf lady was the dragonborn’s ward, and she was very ill.  He was trying to take her to the realm of some elves who lived in some woods far to the south in the hope that they could cure her.  We agreed to help.

Andy ran this whole section really well – the roleplaying was great, and he got everyone around the table involved.  Rhogar decided that, being a noble paladin he couldn’t bear to make the poor elf woman walk all that way, so he rented a horse for her to ride.  Andy was great at improvising the existence of a stable, stablemaster and horse on the spot, even giving the stablemaster and horse some names. None of this made a lick of difference from a mechanics perspective, but it made the adventure come alive.

After about an hour of roleplaying, the party got into three combats.  The first two were tense, interesting affairs while the third was, frankly, a boring solo encounter (no fault of the DM).

At the end, Andy asked for feedback.  I’ve never been asked to give my thoughts on another DM before!  I told him the things I laid out above, and also suggested that he should feel free to modify combat if it makes sense to do so.  For instance, he could have had the solo monster have two initiative rolls if it wasn’t turning out to be much of a challenge, or have some more bad guys come in after a couple of rounds (a few more of those insects that grabbed and immobilized in an earlier encounter would have been vicious!).  But that’s subtle stuff, and a published adventure is supposed to take care of that sort of thing.

Most interesting to me, I realized that I actually felt fine giving dungeon mastering advice.  I didn’t feel like a fraud.  I certainly don’t have all the answers, and I will ALWAYS be looking for more advice on my own DMing, but I’m now a legitimate part of the dungeon mastering community and I have useful things to say.  That’s a good feeling!