Here are a few notes on what I’ve been up to lately.

I’ve now appeared on quite a few episodes of The Tome Show, including the recent review of Lords of Waterdeep and, before that, the review of Heroes of the Elemental Chaos. I’m currently reading Into the Unknown: The Dungeon Survival Handbook in preparation for recording a new episode with Jeff Greiner and Tracy Hurley next week.

I backed the recently completed Roll20 Kickstarter, and I’m a backer for the currently active Prismatic Art Collection and Sentinels of the Multiverse. Check them out – they’re OnlineDM approved! 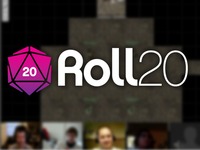 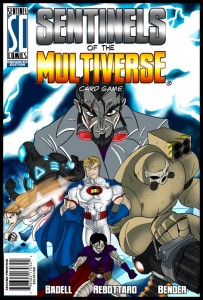 I also just received my Dice Candies in the mail from last year’s Kickstarter, and I plan to ask my friendly local game store to carry them. And hey, they’re made in Boulder, not too far from my home in the southern suburbs of Denver!

I’m also excited about my participation in the recent Admiral of the High Seas Kickstarter, in which I subscribed at a level that allows me to have a person or place named after me in an upcoming ZEITGEIST adventure. Look for the cursed island of Odiem (ODM – Online Dungeon Master) in a future adventure.

I’m happy to share that I’m once again DMing for D&D Encounters. I don’t have my usual Wednesday night bowling league in the summer time, so I get to run some D&D. This week is the character creation session, and the adventure begins in earnest next week. Woo hoo!

May of the Dead

I’m participating in the May of the Dead blog carnival, with my post coming out on May 29. I’ll be sharing an adventure that I had originally created a year and a half ago to help hook my brother in law and his wife on D&D: Spooks Under Silverymoon. Ooooh!

I’ve been playing in a recreational volleyball league on Thursday nights, which has conflicted with Living Forgotten Realms games lately, but I’ve enjoyed the exercise (even though I’m lousy at volleyball). I’m also starting a regular tennis game.  Yes, OnlineDM is getting in shape.

I’ve done a lot of work on my MapTool framework for D&D 4th Edition, setting up pretty character sheets. The problem I have right now is that it’s slow to update for PCs with lots of powers (as is the case for the 20th-level party in my Friday night game). I think I know how to speed things up, but it’s going to take some time to program, which I don’t have at the moment. Someday, though, I shall have awesomeness to share.